Needless to Say, Future of Web Development Rest in Hands of PHP in 2020 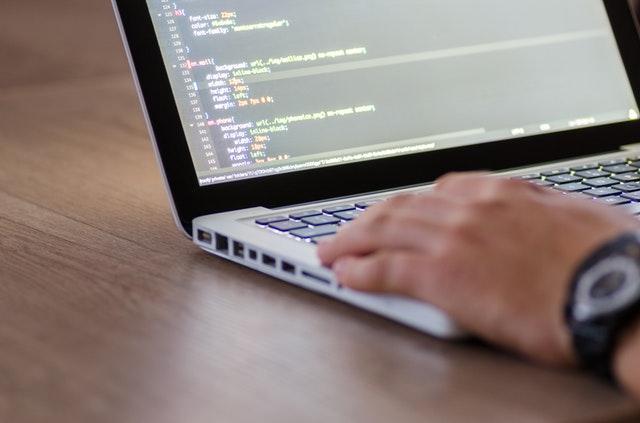 Come 2020; there is a dawn of the beginning of a new chapter in the world of web development. There is a scope of big change whenever there is a birth of a new decade.

People are eagerly waiting for something great to happen in the field of web development and have started to predict which language will be its future.

One thing is sure that the role of some technology will grow manifold and will result in better development of web apps for a brighter future.

Now if you are a fan of a specific programming language and want to deploy it at your services, then my friend; you might prove wrong in your decision.

Why? The reason is that I believe that PHP is one of the most powerful, widely supported, and stable language which has created an enormous uproar in the fields of the web application.

Still not convinced? Then explore the given article further and evaluate various factors that indicate that the future of web development well into 2020; lays in the hands of the all-powerful language, PHP.

The exciting part is about to come…

PHP is the Future of Web Development! Reasons Explained

The given point has been defined exclusively in the reference of the web developers. They yearn for that programming language which has a powerful framework on which they could work comfortably.

Moreover, another role is played by the speed with which the language adapts to the new tools. Therefore, it is required for them to get accustomed to the given language to overtake the future of web development.

From the above-given figure, it has been found that the PHP is at the fourth position in the world’s top 10 utilized programming language for web applications across the globe.

The given fact has indeed been surprising for the experts in the provided field. According to their view, PHP is the worst language. But it has proved all the technical pundits wrong by constantly staying in the top 10 of the best programming languages across the globe, even in 2019.

Do you know the reason behind the surge in PHP? The real answer is that it is easy to learn and use. That’s it! Due to these reasons, it has become increasingly suitable for creation of the 80% of the web services.

Also Read: How has PHP edged out java to become a cool buddy for startup?

With PHP, your Web Development Future is secured! Here is Why?

Are you concerned about the future? Then watching the current trends, your decision to hire PHP Developer is your best bet. Do you know why gambling on the given language is the best option for you? The answer lies in the give facts:

Why is PHP gaining immense fame across the world of web developers? The reason is simple. The Content Management System of CMS widely supports it.

Are you puzzled with the answer? Then here it is. The PHP is an open-source language that has made it suitable to successfully operate various frameworks of CMS such as WordPress, Magento, Drupal, and Joomla, to name the few.

What’s more, it is easy for a web developer to write a website based on CMS, which supports the PHP well. A great move towards securing a bright future! What do you say?

When you search for something on the internet, you can find various websites with the extension ‘.php’. The given fact is the sign of an enhanced and high status of a programming language such as PHP!

Besides, the given language is gleefully accepted by the developers worldwide and has become their beloved language for active website development.

Simplicity & Easy to Access what made PHP Renowned All Over

The reason behind most of the global developers opting for PHP is because of its simplicity. As other languages are more difficult to get engaged, this has given ample opportunity for the PHP to take a leading position in the field of web development successfully.

Moreover, it is an open-source framework; the developers can get access to coding from the international PHP community to create a useful web application without rewriting the overall code again.

PHP is becoming stronger and stronger as it is regularly updated with the new technologies and frameworks to make it a more robust and secure language. Besides, many current PHP frameworks support PHP coding to get updated frequently to make them relevant.

In addition to this, the CMS system, which supports PHP provides extendable plug-ins to add value to the given framework genuinely. Besides, various object-oriented structures such as Zend work as a promoter of updated PHP developers among the web app community.

PHP comes with Robust Frameworks to Develop a Suitable Ecosystem

PHP has a large number of powerful frameworks which has made it after-sought language across the globe. It consists of frameworks such as Laravel, Codeigniter, Symfony, Yii, and Cake.

All these frameworks come with the vast ecosystem of products and packages. It includes CRMs, admin panels, payment integrations, web socket servers, and many more in the list to make it an improved language for web developers.

Furthermore, there has been an enhanced version of packages being made available for the given language, which points towards the increased utilization of the PHP language over time, as described in the given figure:

The above figure indicates that the PHP ecosystem is no longer underdog as it used to be, but a large productive force in case of web and mobile apps.

Some Mind-Boggling Facts about PHP..

After going through various important aspects which makes the given language best suitable for web programming, there are numerous other facts which will change your mind and persuade to opt only for PHP:

So by going through the given article, one thing about the PHP is clear that it is going to be a future of web applications. It has proved to be a friendly language that provides experts’ assistance to the needy developers.

So, the future of web development in 2020 is in the safe hands of the PHP, and the companies opting for it can ensure better credibility towards their growth. So, if you are still unable to make up your mind, listen to our advice and immediately contact a reputed PHP web development company that will cater to all your needs and offer you one of the best available web development services you might never