If you own Startup, considering Node.js for Back-End Development is the Best Choice 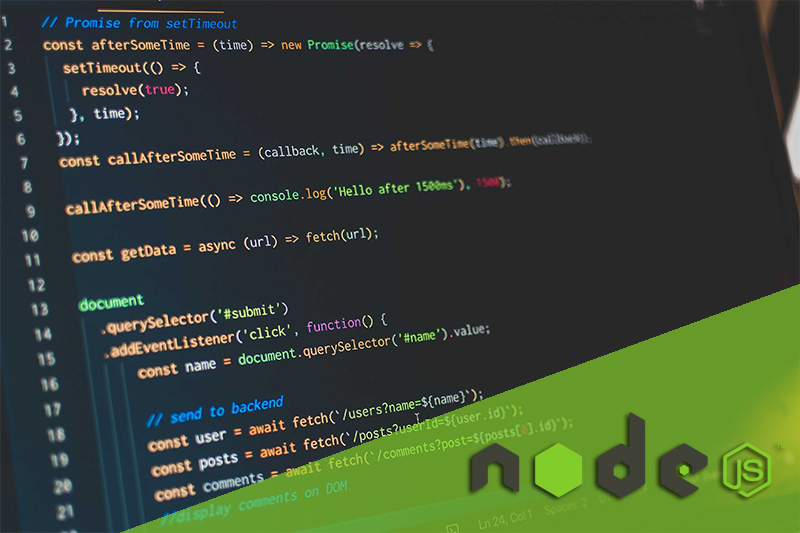 In less number of times, node.js has gained immense popularity among entrepreneurs. It is no mean feat!

With the help of the given technology, the programming is done without any glitches and also provides a structure to create optimized tasks, especially for startups.

One of the notable features of the given MEAN stack technology is that it contains a built-in library that permits apps to act as a web server without the requirement of software such as Apache or IIS.

As JavaScript is the universal language used in Mean Stack with Node.js as a common back-end development platform, the developers have been able to create the best web app for the startups.

In the given article, there will be an evaluation of how entrepreneurs are opting for node.js to get access to efficient startup to enhance their business fortune.

Also Read: Why using node.js as your backend is a terrific idea for ideal web development?

Why all the hype about Node.js?

It is the question prevailing in the mind of the people when the concept of the startup started to gain immense popularity.

Such is the growing power of the given framework that major startups such as PayPal, Medium, Netflix, Uber, and LinkedIn have shifted their allegiance to Node.js for their back-end development services.

But still, the hype about the given technology creates two critical questions which needed to be answered:

To answer these questions, you have to understand the significant breakthrough which happened in the world of web development:

With such immense features, there has been a huge surge in the popularity of the Mode.js among the startups manifold across the globe.

So, avail the services of MEAN stack developer who are expert in Node.js and will help your startup by creating appropriate back-end development.

Reasons behind the Immense Popularity of Node.js among Startups

The biggest news for developers is that with the help of Node.js, they have been able to develop web applications around a single programming language.

Apart from this, several reasons have persuaded the entrepreneurs to accept Node.js for their startups wholeheartedly:

A. Reduction in Cost and Speed due to the Utilization of JavaScript on both sides

The best part of the given technology is that there is no requirement for the translation of the existing code. With the availability of JSON and rich client framework such as Angular, the work of MEAN developers becomes relatively easy.

Furthermore, it also allows reuse of the templates, which will not only remove the bugs; but will even squeeze your startup app size simultaneously.

Besides, if you have employed an object database, then you can effectively utilize JavaScript most effectively.

B. Enhance Scalability and Dependability which are of Prime Importance for Startups

Do you know why most of the successful startup giants are opting for Node.js? The answer lies in the fact that it is highly scalable.

Remember- “You can win the race of startup if you can provide a robust and sustainable solution.” Node.js is there to fulfill the given aspects.

The given technology is capable of developing large-scale and lightweight apps to fulfill the demand of real-time response.

One question arises-“How it is advantageous to the startups?”It is beneficial for your startup in the form of:

Another valid reason behind the shifting of various startup giants such as PayPal towards node.js has been its ability to reduce response time.

It has been possible because it is a part of the MEAN stack where four technologies work together as a collaboration. The given system helps in enhancing the operational speed of the Node.js, which thus remove the bottleneck in the whole system efficiently.

Do you have any idea about the most active side of Node.js? It is its fast I/O and parallel processing, which is the main reason behind its reduced response time.

D. Presence of Microservices have made writing the Code relatively easy

The importance of JavaScript application has grown and so has grown numerous challenges such as bugs, code maintenance and the addition of new features, which has resulted in web development becoming more complicated.

To mitigate these issues, Node.js comes with a unique solution in the form of Microservices architecture. Yeah, that’s true.

It is a collection of loosely coupled services having lightweight communication protocols, and its superiority can be illustrated through the following points:

The soul of any online business is the presence of a consistent monitoring system, which is a must for a startup business to protect its fortune.

With the help of the given technology, keeping an eye on the application will illustrate your startup for providing fast and reliable information to its customers without any issue.

One such system is Monitis, which is a cloud monitoring tool and is renowned for the effective monitoring of Node.js. Besides, it permits the developers to monitor the performance and status of Node.js in the most appropriate way.

Thus, determining the performance issues could happen in second, and the developer can receive the alert to solve them before presenting them to the customers.

So, Node.js is the best back-end development technology that creates wonders in web app development by collaborating with JavaScript well.

If you want that your startup business grows manifold, then opt for one of the leading Node js development services, which will assist you in creating a superb web app at your doorstep.