Future of Web App Development Resides on Codeigniter. Is it Real or Fake? 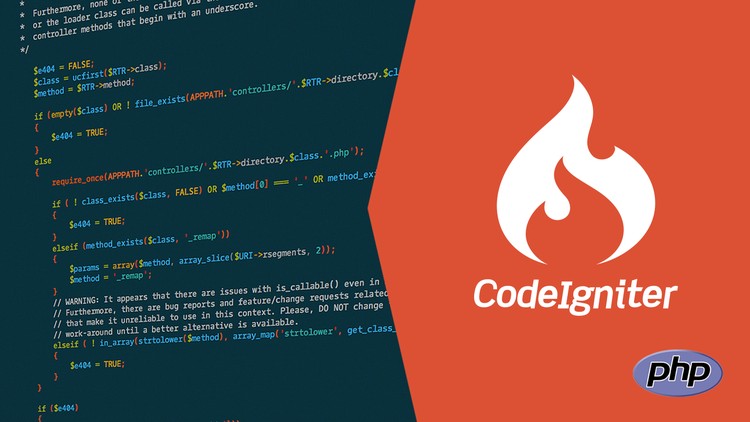 In technical terms, a framework is a set of reusable libraries which finds its utility in developing dynamic web application through a time-saving manner.

As it is a known fact; that PHP frameworks have great blessings from the programmers and developers alike. One such framework called Codeigniter has created a great uproar and has become a preferred framework whole over the world.

It is up to the developer to identify one of the PHP frameworks as per the current market trend and everlasting demand. Right, isn’t it?

In the case of Codeigniter, it has become the first choice among the developers to create a website and now has become the most favoured server-side framework across the globe.

Contrary to the belief, Codeigniter is not going to die soon! It will genuinely remain the future of the web app development and all the fake news related to its demise is false.

Therefore, the given article will focus on how the future of web app development is secure for those developers using the Codeigniter framework appropriately.

Why Codeigniter for Web App Development?

Do you know why Codeigniter has garnered significant attraction among the developers? It is because it is an open-source framework and easy to configure, which makes it approachable due to simplification of its syntax.

There are various aspects associated with the given PHP framework, which will be immensely beneficial for you through the given points:

How is the given framework able to create a simple PHP code?

The answer lies in the fact that it is based on the MVC (Model-View-Controller) architecture. In the given architecture, all the web applications gets divided into three interconnecting sections.

It is essential for the developers as they get access to the platform where they could perform customization as well as future up-gradation without facing any hurdle.

The three sections include:

What is the importance of the presence of caching class in the database? Its importance lies in the fact as most critical step in reducing database load which is conducted by caching the queries as text files.

How can it be enabled? It is possible to enable it by following the given three steps:

Once the caching of the database is activated, its usage is significantly reduced to zero for any cached webpage.

To assist the developers in developing web applications; the given framework provides two types of facilities.

How are both these entities valuable to the given framework?

Libraries are helpful as they allow you to extend native classes to create entirely new libraries and even add some new functionalities in your existing libraries.

Helpers are essential for the given framework as they assist in the creation of links, form elements and read cookies to deal with any malicious files effectively.

If you want to avail such an exciting feature, then hire best Codeigniter programmer who will assist you in developing websites with a rich set of helpers and libraries.

The process of error handling has become transparent and secure due to the given PHP framework.

With the help of the Codeigniter framework, it is easy to access the error reports in the developing phase for given web applications.

Besides, this feature also saves the debugging messages in the form of text files present as an instruction to the error-logging class.

Thus, the report of failure reaches the minimum level and help the developers to provide useful web apps with negligible or no flaws to their clients.

Also Read: Why codeigniter is the most widely used PHP framework?

Do you know that the role of a template system in any database? It helps in separation of the PHP and HTML code so to manage the change layouts without affecting the actual PHP code.

Codeigniter framework comes with a powerful blade template engine which is capable of performing any action.

Unlike other PHP frameworks, blade template does not restrict but permits you to use plain PHP code and send for caching for necessary modification. The given aspect then helps in adding zero overhead to your application.

VI. Development of Great Website due to Provision of User-Friendly Interface

If you want to have a best responsive website to get an excellent user-friendly experience, then opt for an environment as provided by the Codeigniter. Besides, you can also get a dynamically run web application most effectively.

As most of the developers need enhanced UI code from the Codeigniter framework with great flexibility, we assure you that you might not face any disappointment.

VII. With Codeigniter, Installation Procedure Cease to be Tough

The most challenging task for any developer is to install a new framework without getting involved in the complicated configuration task.

If you wish to employ an expert from a reputed Codeigniter Development Company, then you are at right position as you will upload the file on the server and instantly get started. That’s it.

The given article clarifies that there is no need to worry about the Codeigniter framework. After going through the above exciting features, one thing is clear that on the shoulder of the given framework, the future of web application resides.