5 Aspects PHP will never Fade into Oblivion: A Befitting Reply to Critiques 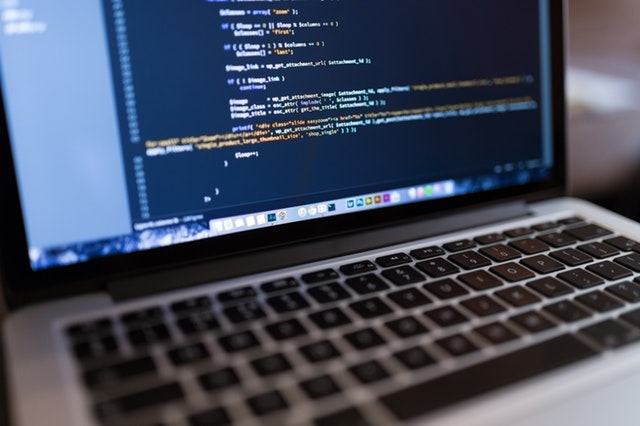 Let’s face it! Many PHP critiques have lamented that it is a strange language which lacks speed and does not formulate a clear opinion about the software development practices. Bizarre way critics have pinned against PHP, what you say?

Still, some question arises such as:

Before venturing further into the topic, first of all, you should understand what PHP is. Initially, PHP stands for ‘Hypertext Preprocessor’ & is a server-side language which is used to build a robust web app.

One thing you should keep in mind that what you can do with your web server, you can do easily with PHP. That’s it!

The given article will reveal some essential aspects which will shut the mouth of critics who believes that the future of PHP is now over. The best part is about to come..

PHP is a server-side scripting language which is effectively used by developers to design customized websites. It is mostly renowned for designing websites with enhanced functionality and comes with various benefits such as:

The given language is considered as a top choice for effective website and web application development. However, with the rise of numerous programming languages, PHP web development is facing stiff competition.

So, PHP is fading? No, as contrary to the belief; the given language is still in demand among the web developers.

Still, you don’t have trust, then go through the following statistics:

The above-given figure indicates that even after the arrival of other web programming languages, PHP still dominates the world of web designing. The graph clearly shows that 78.9% of the website designs successfully run on PHP and shows no sign of waning away.

So are you searching to hire PHP developer to design your customized web application? Then, my friend, you have indeed taken the right decision!

Also Read: How has PHP edged out Java to become a Cool Buddy for Startup?

Here, we are presenting some of the critical aspects which indicate PHP remain relevant for the future web generations. Besides, it will also guide the developers to create combustible web apps for the users:

If you need a website which is interactive, agile and flexible; then opting for PHP is the best preference to meet your project requirements successfully. The best part about PHP is that it permits web apps and websites to scale dynamically with no involvement if manual work.

With the assistance of the given language, the web pages appear interactive due to the addition of agility to page loading. In addition to this, PHP web apps can automatically refresh them, which are a rare quality among other languages.

There is a Great Need of PHP Command Line Scripting

There is one interesting aspect related to PHP. It can also run as a command-line script just like other programming languages. An exciting piece of information, isn’t it?

But a question arises that why there is a requirement to run PHP on the command line? The answer lies in the successful running of the background in the web-server, which takes a few minutes to hours to complete.

As it is a known fact that the web script has only a few minutes to execute and after this, the web script will abnormally terminate. The given point makes the sending of bulk email almost redundant. Here, PHP Command Line Scripting comes into the action.

There is no maximum execution time limit with the given script, and the user can run as long as they can. What’s more, the given line script helps you to accomplish various time-consuming tasks like a backup of entire database & transferring files to another server in a few minutes.

PHP has Become much Faster thanks to PHP Opcode Optimizer

PHP has dramatically evolved with time, and one such aspect is its enhanced speed. With the inclusion of object-oriented programming, it has gain easy abstractions for functional programming.

How PHP becomes faster? The answer lies in the fact that the script of the given language is compiled each time a webpage is accessed which initiate the Opcode optimizers to use specific functions for reducing the usage of code and cache the compiled results instantly.

A great piece of information; what you say?

PHP Desktop is an open-source tool, which helps in converting PHP web app to desktop application with great ease. As PHP is an interpreted programming language which can’t compile project file into a single file for execution, then how it is possible? The answer is that PHP can be easily combined with HTML & JavaScript to help in achieving its objectives.

It helps in embedding all the services required by your app before running. It includes a web server, a database engine and PHP server. It then embeds a browser for universal interfacing and helps in interpreting the programming language to run the app effectively.

If you want to have a seamless performance in your website and web app, then opt for that language which is highly compatible in nature. The correct answer is PHP!

PHP is renowned for working well with not only Windows and LINUX/UNIX, but also with Apache and MySQL. What’s more, the given language is also suitable for cross-platform development which enhances its cost-effective feature to the delight of the developers.

With such exciting features, it facilitates the designers and developers to add and update more functionalities to the delight of the users. Also, it comes with various plugins and extensions so to make the programmers cope up with any challenges.

From the above-given article, it illustrates that the PHP is alive and tickling amid various programming languages and will never fade into the oblivion.

The given language is still the best choice among the developers to create robust web app and website to their beloved customers. A new dawn is waiting for PHP to dominate the world of web development!

Are you still intrigued by the given language? Shed the hesitation and contact a reputed PHP development company to get access to the wonderful world of the PHP with full and exciting features.