With All-Powerful Laravel Framework, Building Enterprise App is Easier than before 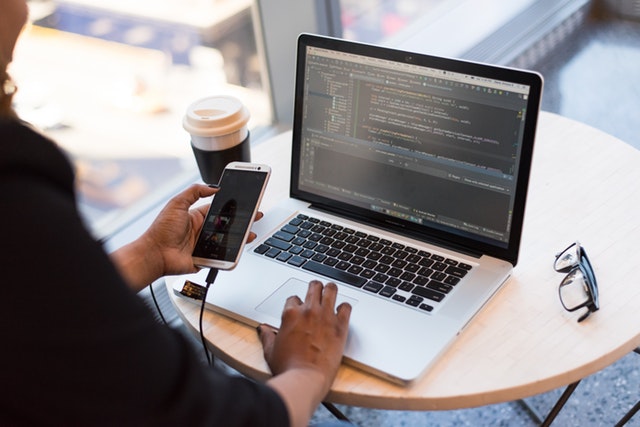 In the world of the web application, Laravel framework is gaining further momentum. Due to its high simplicity and presence of flawless syntax, the occurrence of an error in any app is almost negligible.

Laravel has been emerged as one of the most popular framework to build a useful enterprise app. Why?

The most practical reason is that it is most suitable for building the given app. Due to this reason, various large enterprises are slowly gathering towards developing a web application based on the given framework.

From the above-given figure, it has been clearly stated that the given framework is in the leading position in web development (~26%) and is on the way to enhance its utility in the world of web development.

In the given article, there will be a focus on how various features of Laravel as resulted in its implementation in the world of web enterprises.

Why is Laravel Essential for Building Enterprise App?

One of the big positive factors associated with Laravel is its scalability. Besides, it is also renowned for building complex and multilayered apps with optimum ease.

Moreover, Laravel helps in the development of those websites which assist in delivering specific user requirements. It has become one of the most after-sought frameworks to retain its marketing position whole over the world.

Opting for an efficient Laravel Development Company will help you to understand the complexity of the code and how it helps the given website to perform well in the market by positioning itself accurately.

There are various important reasons which have compelled the developers to opt for the given framework for developing big enterprise apps. Some of these reasons are as follows:

Laravel has been found to have higher performance as compared to the other framework. The reason is due to the presence of a caching system, which helps the file cache driver to store numerous of cached items within the given system.

In the given cut-throat market, you need to have a website that can pull customers towards the online market. Moreover, it should be able to enhance the turn-around time to deliver the best product in the market.

Laravel is capable of offering out-of-box configuration in the form of technically advanced features to deny unauthorized accessing of your resources by others.

Moreover, another feature is incorporated in the form of the multi-lingual website, so to have great appeal to the multiple markets simultaneously.

One of the most appealing factors which have resulted in sudden fame for the given framework is the top priority given for securing the important details of the customers as well as businesses.

Needless to say, Laravel is itself a secured framework that restricts the development of any malware or other security threats within a web application. Due to such activity, the code remains safe and secure from online intruders.

So if you take the services of a laravel web developer, then they will support you in providing a risk-free enterprise app devoid of any hidden SQL injections.

The primary purpose of the development of the Laravel Framework has been to assist the website developer in creating faster and better working web apps.

So, one of the most challenging aspects faced by the developers is related to the authentication, which has been provided by the Laravel framework.

Fortunately, the given framework comes with an inbuilt authentication system, which makes the job of the developer relatively easy. The only thing they have to do is to configure controllers, models, and database migration to make the system perform well.

IV. Blade Template Engine is the Lifeline of Laravel Framework

Laravel is equipped with one of the vital templating engine called Blade. It permits the web developers to use the pre-defined templates to write the specific codes most proactively.

Nevertheless, the given template does not restrict the developers here only. It allows them to write their template on plain and simple PHP code.

The extensive features of the given templates are that they are dynamic, intuitive, and light-weight, which makes the procedure of code-writing by the developers quick and easy.

The most important aspect of the Blade templating is that it makes your enterprise app more performance-based as compared to other PHP frameworks.

Migration of the database is an important concept that is excelled by using the Laravel framework. With the help of this feature, the developers have been able to undo any changes they have made in the database of the given app.

By proper utilizing the migration feature, the developers can share the database with other developers in a relaxed and smooth manner.

What’s more, the pairing of the migration ensures that there is proper maintenance of the database without re-creating it and thus saves lots of time for the developers for enterprise app development.

Before building any app, a developer must keep in mind that the web application must drive more traffic in the future.

It will undoubtedly be expensive and might result in data loss. However, there is no need to worry as the given framework comes with a unique message queue system.

What is the use of the given system? The answer is that it acts as a load balancing with other tools present in the given framework and thus maintains the health of the web-server.

Besides, it also maintains the data integrity and boosts the speed of the app to a greater extent. An excellent piece of information, isn’t it?

So from the given article, it can be concluded that the Laravel framework is one of the best PHP frameworks to boost the revenue of an enterprise. It requires a little amount of time for the proper development of the web app.

Besides, it has provided the developers with fast performing and enriched features so to allure a large number of clients.

These days, there is a requirement of an extensive secure and flexible traffic handling app, and no option is better other than Laravel.

So, select Laravel and boost your enterprise business to a greater extent!