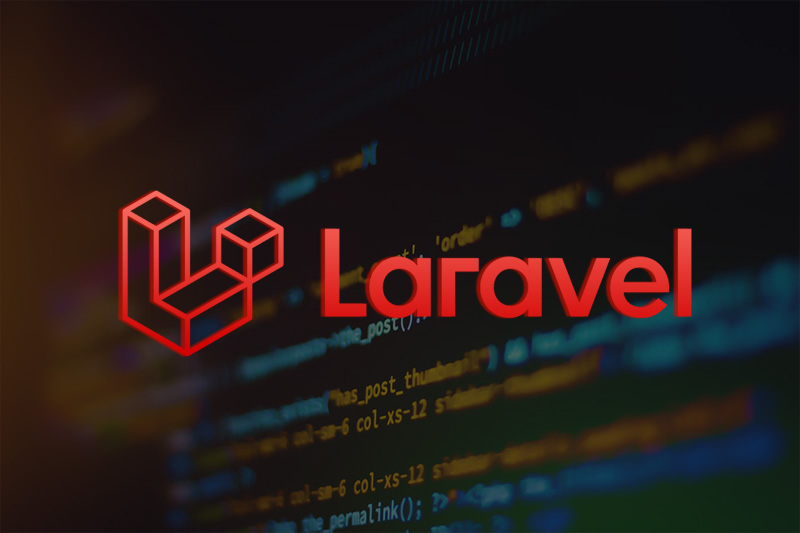 The excellent time prevails and why not? With the arrival of PHP, the work of developers and programmers has become somewhat easy.

Now many small and medium industries trust PHP like no other one. Why PHP?

The answer lies in the fact that it comes with an all-powerful framework such as Laravel, Codeigniter and others which are capable of providing effective web solutions to the audience.

Out of all the given platforms, Laravel is most efficient in creating active web development. Do you the best part of the Laravel?

It is the most straightforward framework which creates a web application elegantly, and with the help of PHP, the development of the app is already fun.

In the given article, the experts will provide some suitable reasons to prove Laravel is best for developing user-friendly web applications in the most proactive manner.

Also Read: 5 ways opting for laravel framework to boost your business is an excellent choice

Laravel is the Future of Web Development

Laravel framework is here to stay as it is the present and future of web development. It is now the “big guy” which every developer around the world wants to get to avail excellent benefits. Yeah, that’s true!

Do you know why Laravel has gained immense popularity? The answer lies in the given fact that it helps the developers to build web applications with great ease.

Moreover, it also offers a top-notch solution for also building complex APIs which make experts term it as a classy and clean framework for effective PHP web development.

It also comes with a simple and expressive syntax which allows the developers to create wonderful applications most effectively. Besides, its various functionalities work seamlessly with little configuration.

So, there is a high demand for Laravel web developer to get simple, elegant and well-documented web application.

Experts have Identified Ample benefits which Laravel can deliver to become the most popular language of the web:

A. Incorporated with In-built Authorization and Authenticated Arrangement

The most important challenge for any web app is to provide access only to authorized users and successfully provide them claimed access right.

Laravel framework makes the authentication technique simple and flawless where everything gets configured most fantastically.

What’s more, it also offers an effective and well-developed route to control the access of the resources in the simplest manner.

In addition to this, the given arrangement allows only genuine users to access the system and prevent intrusion from unauthorized users.

B. Brilliant Support in the form of Queues

Whenever a user signs an application, several events take place which is somewhat more time-consuming to the dismay of the users.

Though, not all the actions need to be a bad one! Some are important for the users such as database update, sending of a welcome email, and so on. However, users might get offended.

So it is best to remove these actions, but how it can be possible? The answer is the use of queues.

It is one of the brilliant options provided by the given framework which could be leveraged most efficiently. One notable queue is Iron.io which can be registered by the URL endpoint using Laravel command.

Laravel comes with inbuilt and dynamically formed pre-installed libraries. It includes some exclusive libraries not found in other frameworks, such as Object-Oriented Libraries.

What’s more, various other features are provided for unperturbed implementation and include watchword reset, CSRF insurance, encryption and checking of the dynamic clients.

In addition to this, the Laravel framework also comprises a helper function. The major objective of the helper function is to accomplish various basic goals, such as firing events, generating views, and so on.

It is an important feature which makes the given framework to lead the world of web development most appropriately and without any issue.

Also Read: With all-powerful laravel framework, building enterprise app is easier than before

The objective of caching is to bring significant improvement in the performance of any system. Then why the need for integrating the Laravel framework with cached memory aroused?

The answer is that with integration, the back-end performance of any app sour to a higher level. Laravel comprises support for active back-end development in the form of Memcached and Redis.

The given framework also comes with inbuilt drivers to stored, cached objects in the file system. If you required storing more cache, then it can be possible due to the presence of necessary commands.

E. With Laravel, there is Smooth Migration of Data

It is a risky procedure to migrate data from one technology to another as the developer might fear the loss of the data. However, with the presence of Laravel, there is no need to worry.

It helps the successful extension of the structure without thinking twice about the creation of the new structure.

Another important aspect about the given framework is that there is a presence of secured development data which makes the smooth transaction of the database.

With the help of the given system, it is easy to replace any language say SQL with PHP code to manage the database code easily. Moreover, the speed of database creation and column insertion also becomes quite easy.

An interesting piece of information, isn’t it?

From the given article, it can be concluded that there has been an upsurge in the use of Laravel framework for web development. Laravel Web Design has gained immense popularity among startups and organizations alike.

So, the time has arrived to opt for an effective Laravel web development and create a wonderful and user-friendly web application at your doorstep.