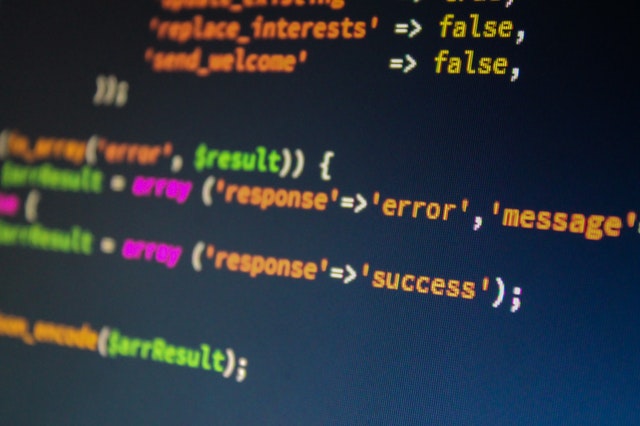 Laravel is one of the most popular PHP framework used worldwide for building user-friendly and robust web apps.

Why has Laravel become a force to reckon with? Answer: It helps the developer to create a good quality web applications and websites for the clients effectively.

The best quality about the given framework is that it is young and promising and utilizes the best industrial practices for using it to help business prospects to grow. What’s more, it can fulfill the needs of the small as well as large businesses.

Why has it grown as a leader among other PHP frameworks? It is because it has apparent features which are useful in supporting the ever-growing community of web development.

In this article, we will discuss why the Laravel framework is the best choice for you to secure a bright future in the world of web development.

Why go with Laravel Framework

One of the challenging aspects during the initial phase of the web development is choosing the right framework which will create wonders. They have also to include:

Fortunately, Laravel framework successfully meets all these requirements and thus has grown to a position to become the best framework to create innovative web apps.

Still not convinced; then go through the given recent research:

The given chart displays that about 44% of the developers use the Laravel PHP framework for effective web application development. It clearly signifies the importance of the given framework and how it has become a significant power in the world of the web app.

With the involvement of the Laravel framework, it has become easy for the developer to focus on the proper development of the web application.

Such is the popularity of the given framework that it has become the foundation of numerous industries such as entertainment, media, technologies, automobiles and many more.

How this sudden rise in the fame and fortune for the given framework? The answer to this question could be given by going through the given exciting features:

A. Presence of Blade Template Engine to Create Wonderful Layouts

One feature which makes Laravel stand out among other PHP frameworks is the presence of built-in lightweight blade template engine.

What is its speciality? It permits the developers to develop a website using plain PHP code which is not found in other PHP frameworks.

Besides, it also uses multiple widgets which include CSS and JS with robust structure.

Another critical aspect of the given engine is that they are designed with innovation and helps the developer to create simple and complex layouts.

B. Firm Support from MVC Structure for Improved Business Performance

The most important benefit associated with the Laravel is that it uses Model, View & Controller (MVC) architecture. It comes with an expressive and beautiful syntax, which is the reason behind its turning towards the object-oriented feature.

Besides, the given structure also ensures a separation between the logic and presentation which allows it to have better documentation.

Furthermore, it comprises many built-in functions that help in bringing significant improvement in the performance, security, and scalability of the given app.

Unlike other PHP frameworks, Laravel is well supported by cache backends such as Redis and Memcached. The given framework uses the cache driver to store cached items in the file system for accomplishing mission-critical applications.

What’s more, it is fortunate enough to configure multiple cache configurations at the same time, which makes the procedure of the development of the web app by the developer relatively easy.

Laravel framework takes pride in implementing authentication and authorization, which helps in an easy way to begin authorization logic for secure access to the given resources.

Besides, there is also the availability of tweaking of authentication services to create well-documented options.

Moreover, it also uses Auth façade which uses attempt method to verify password and email in an efficient manner

So, avail services of the best Laravel Development Company to successfully assist in manually authenticating of the users.

Laravel is gifted with its command-line interface called Artisan. It is a single command which is useful for the developers to create seeders, models, controllers and database migration efficiently.

The significant implication of the given tool lies in automating the tedious, repetitive tasks in the programming, which will help in the proper management of the database system.

Moreover, it is also capable of generating basic MVC files to manage assets and their configurations effectively. The given fact will help the developer to create their command and use them when the need for requirement arises.

Also Read: Betting for laravel for enterprise e-commerce? You will reap rich dividends as payback

The given PHP framework comprises Object-oriented libraries which also comes with the pre-installed libraries. How is it beneficial to the Laravel? Because they are not found in any other PHP frameworks.

One of the best libraries called Authentication library is easy-to-implement and comprises many features such as Bcrypt hashing, password reset, CSRF protection and encryption.

Besides, these libraries get divided into individual modules so to adapt to the modern PHP principles effectively.

With the above given features, it is imminent that Laravel is an awesome framework which is becoming immense popular among the businesses and developers alike.

If you are a business owner and want to develop your web app, then do not hesitate. Contact a reputed web app company to hire Laravel Developer to get access to the user-friendly application at your doorstep.