After Debunking Myths, ROR has emerged as Ideal Choice for Web App. Why? 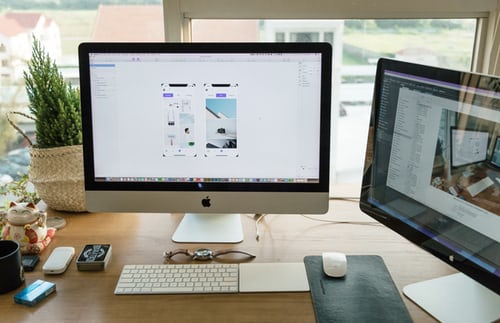 Web applications serve various industries to fulfill different purposes. Do you ever wonder how different languages play a significant role in their proper development and which language is relevant in their adequate utilization?

Let is dive more into the details and find out a language Ruby on Rails (ROR) and why it is still an ideal option to create an innovative and unique web application development.

Firstly, what is ROR?

Although there are other frameworks associated with the Ruby, ROR succeeds all of them because it is open-source, based on MVC architecture, have Database Access and AJAX library which enhances the developers’ productivity to produce dashing web applications.

There has been a circulation of the myth that ROR has now become obsolete and is now on the way to become “dead.” However, the given article tries to bust various myths and misconceptions around the given framework.

The time has arrived to discard them, forever ultimately!

Although the Rails indeed have slower run time speeds, it is noticeable only when the developer is working on a large web app with high web traffic.

Nevertheless, you can’t put the entire blame on the Rails as server architecture and database also play as spoilers in lowering the runtime speed.

Besides, the blame should also be on inexperienced developers as they choose incorrect code to develop the website, which results in the lowering of the web speed.

So, if you hire experienced developers, you will not face any inconvenience. This is because ROR comes with extensive features which will overcome all the issues related to the web-speed and will provide effective and fast loading web applications to the customers.

So, the first myth has been successfully sorted out.

Many users have accused ROR that it is difficult to scale due to its complex framework and its inability to handle many users requests.

Are you crazy? Just not having a few essential features is the criteria for you to discard the given popular framework? No, certainly not?

Before pointing fingers on the ROR, the first step should be taken to identify those notorious elements which are responsible for its slowdown. Also, try to find out the culprit responsible for the propagation of the given myth.

Apart from this, there are various available scaling options with Rails which enhanced the scalability of the given framework in the most appropriate manner and includes:

Myth 3. ROR is now Boring due to its high Maturity

It has become a belief that the emergence of a new framework comes with innovation and suddenly gains immense popularity within an overnight. However, after a few years, its hype dies down, and the framework becomes matured and turned into a boring one.

Nonetheless, one thing developers tend to forget that maturity means high stability and refined code to maintain effective web applications even if they are not written in a new framework.

The given myth has been ousted by the experienced developers who believe that the maturity of ROR, when combined with new tools, community supports, and extensive libraries, will bring fruitful results. Moreover, with these new features, the given framework has been able to address and sorted out most of the issues associated with web development.

Thus, maturity enhances not decreases the popularity with efficient removal of the tedious element.

With the arrival of new frameworks, there has been a slight decrease in the popularity of the given framework. Still, millions of the website works on ROR. Even major players in the web industry still prefer it, notable of being them includes:

Do you ever wonder why it is still relevant for the developers to create the best website for their clients? So, let us look into some of its essential features which make it the first choice among the majority of the developers across the globe.

Benefits Associated with its Simplicity and Speed

It has a structured database and unique tools which allows it to offer high-speed performance to the web developers. It also possesses various plugins and modules which help in a significant reduction in the development time so to ensure speedy availability of the web product in the market.

As it is an open-source framework, the developers do not need to pay anything to use the software. Although there are various drawbacks associated with the open-source, yet ROR never fell short of the expectations and always maintains its sophistication with the features it extensively supports with negligible or no costs.

ROR uses a simple syntax to produce clean and clutter-free programming language for the development of practical web applications. Apart from this, it utilizes the best programming practices which ensure that no bugs or issues are affecting the functionality of the code and presents it in a high-quality web app appropriately.

One significant aspect which allows ROR to surge ahead of other frameworks is its secured features. It uses various plugins, advanced tools, and continuously updates itself to produce highly safe and secured web applications to the users.

ROR is gaining immense fame thanks to a growing number of a global community of the developers who prefer the given framework which has created a high buzz in the web development industry.

So, ROR is a most reliable web development framework as per the consent of the global web developers due to its faster speed, simple application, and high-performance.

The time has arrived to hire ROR developer who could develop a robust and effective web app as per your requirements using ROR and enhance your efficiency in the given industry.